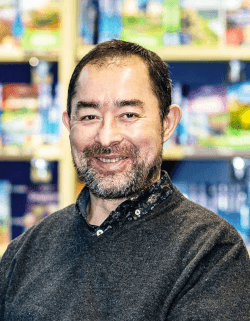 by Natalie Verdon
in Meet
Comments

Martin Heng is a traveller, writer, accessibility campaigner and loves the idea of a liveable and inviting world. Echoes of a world that is open with charm and possibility that begs to be investigated and explored is what instantly connects you to Martin’s writings. Liveability is important to Martin. He sees it as a cornerstone for travel. It also informed his choice of country to live in.

“I chose to migrate to Australia because I believed it would be a much more liveable place to bring up a family than Europe or the big cities in Asia where I had been living previously. And I was right,” he explained.

The attachment to Australia isn’t lip-service. When it comes to weighing up the pros and cons of various countries, Martin is incredibly qualified. A travel bug bit Martin Heng at a young age: his first international trip was cycling from the Midlands in the UK to France at the tender age of 16. It’s this same bug that propelled him forward and has seen him visit over 40 countries and work in several since the 80s. 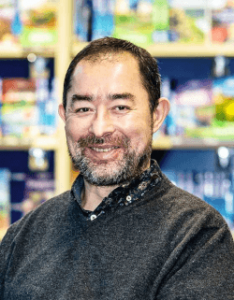 Lonely Planet has been a significant part of Martin’s life for almost 20 years. Living and breathing the travel life has seen him write up all kinds of valuable information. After an accident between avid cyclist (Martin) and car saw a damaged spinal cord and resulting quadriplegia, Martin turned his lived experience and love of travel into the world of accessible tourism.

Accessibility is important. Martin is on a mission to not only help people in wheelchairs – a small minority among disabled communities – travel the world with sound information. He’s also keen on ensuring that illness, age and disability do not impede people’s ability to travel and see the world.

Specifically speaking on accessibility with the ABC in 2017, Martin spoke about how solving the accessibility issues for people with disabilities has a benefit for a much wider community than most people realise.

“It’s about equality of access for all members of society, whether they’re people with a disability, or parents with strollers, or older people with walkers, or indeed people with heavy luggage or delivering goods,” he said.

Liveability as a core life philosophy

Liveability for Martin is a circular motion of self-supporting and self-sustaining systems.

When asked to contemplate what might be the most powerful turn of the liveability screw for a city such as Sydney, this deep thinker that believes in community, access and proper support for all kinds didn’t hold back when asked what he would do if he were Mayor for the day.

“(If I were Mayor and) if I had a magic wand? I would solve the housing issue. It’s no good clearing tent cities and homeless people from the parks and streets without offering liveable, long-term solutions. Wondrous as the Vivid light show is, it’s only one of many events that make Sydney attractive to residents and visitors alike. But going back to Maslow, I would argue that events such as these are at the apex of the triangle,” shared Martin.

We look forward to lifting the lid on accessibility, liveability and addressing the balance between short-term and sustainable change in these areas when Martin hits the stage as part of the Vivid Ideas event “how accessibility makes for a more liveable city”.

Currently a resident of Melbourne, Martin is joining in Sydney for the event. Expect a person that is brimming with ideas. And who has more than a small insight on where to go when dining, getting to know the locals and has a keen interest in architecture and infrastructure.

Martin was interviewed by Natalie Verdon when he visited Sydney in May 2017 and took part in our panel of experts for Vivid Ideas.

Vivid Sydney is the world’s largest festival of light, music and ideas and now the largest event in Australia. For 23 days – from 25 May to 16 June 2018 – the event places a spotlight on Sydney and reinforces its position as the home of light, creativity, cutting edge music, engaging conversations and the exchange of new ideas. The festival is owned, managed and produced by Destination NSW, the NSW Government’s tourism and major events agency. In 2017 Vivid Sydney attracted a record 2.33 million attendees and injected over $143 million into NSW’s visitor economy. For more information visit www.vividsydney.com

Vivid Ideas brings together the world’s greatest minds, innovators and creatives for a program of public talks, industry seminars, conferences, workshops and debates exploring creativity as a catalyst for change and celebrating Sydney as a creative industries hub of Asia Pacific. Vivid Ideas is presented as part of Vivid Sydney, which is owned, managed and produced by Destination NSW, the NSW Government’s tourism and major events agency and runs from 25 May to 16 June 2018.  For more information visit www.vividsydney.com/ideas

Sorry, the comment form is closed at this time.