How can LIVEABILITY help Sydney? 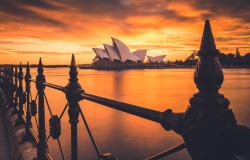 How can LIVEABILITY help Sydney?

We hear a lot about liveable cities and the concept of making Sydney or a city liveable, but what does it mean in real terms to make for a liveable city? Briometrix has been beating the liveability drum of late because we’re committed to helping you make any city liveable through the appropriate information. By that we mean using navability to the best advantage. With navability, you can navigate the city on your terms in your wheelchair and/or when you’re out and about with the kids, friends, grandparents and more.

This is only one important aspect of making a city liveable. Using navigation information on gradients, camber and mileage is one thing. There’s a whole other world to consider!

In this two-part article, we’re taking a deep dive into the concept of liveable cities

What is a liveable city in the broadest sense?

While liveable cities do vary based on cultural context, requirements and resources, there are some fundamental building blocks to the concept you can count on: 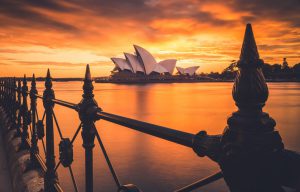 To achieve a properly liveable city, you need a sustainable plan. You also need many voices at the table, sharing their vision with gusto.

Cities such as Vancouver have improved their stead in the liveability stakes by employing such an approach. They also found that the following key considerations make a tremendous impact on liveability generally:

It’s about making accessibility, environmental sustainability, service delivery, housing availability, involvement of the public, economic diversification and budgetary requirements work together to create a city that people feel invested in.

Affordability is a tough Sydney egg to crack

Looking at this list, you can see why Sydney may already be behind the eight-ball when it comes to liveability.

Affordability and Sydney haven’t been friends for a while now.

In fact, Sydney regularly beats out local and international cities for the dubious title of most expensive city. The housing issues have been felt in Sydney for decades and this has had a dramatic impact on prices, rental markets, social housing and more.

Initiatives to move teachers, nurses and other workers close to their place of employment are beginning. And the real estate institute predicts 2018 to 2019 may see Sydney see appropriate housing supply match demand for the first time in decades.

Still, to fix affordability in Sydney is a huge task. As the city stretches to the Blue Mountains in the west, Central Coast in the north and Wollongong in south, what can realistically be done to help with affordability?

What is a city without the smells, sounds and vibrancy that comes with culture? In recent years, the closer you are to Sydney, the harder it is to keep the culture. In previous seasons within Sydney, she had suburbs that had cultural identity and diversity. Walking through the streets of Redfern was for taking a walk through the urban heart of Aboriginal Australia. In Leichhardt, it was a little Italy where you’d fight the Nonas at the market and marvel at their front lawn of tomato plants on the walk home.

King Cross loomed for a serious number of decades as the place for ‘outsider’ culture. Here, sex workers rubbed elbows with queer culture, artists and those that didn’t quite want to play the game, lawful and otherwise. The book ‘looking from the gutter at the stars’ chronicles the Cross as the layers of an area adopted by those that found adoption in other places difficult. Hidden homosexual relationships, drug takers, unwed mothers, intellectuals, socialists, prostitutes, writers, dreamers and grifters, and even Barry Humphries on a bender of epic proportions- they took refuge under the Coca Cola sign.

As the gentrification takes hold, the prices go up. The vibrancy that is coveted becomes smoothed away with the daggy old carpets and dated décor.

But it doesn’t have to be this way.

We all know the value of having green spaces in a city. Parks, gardens, trees, water, mountains and other man-made and natural features create opportunities. Here we have health, relaxation, physical exercise, pet-therapy and family time colliding.

It can be depressing to see the future artist illustrations of the next liveable high-rise building with their cartoon, smiling figures immerge in the real estate brochures. There is more than enough cynicism about the reality of resuming green space to build further places.

Yet the is a lot to take from other cities as well.

Consider retaking the rail viaducts, train yards and other spaces and the impact that might have on liveability over time. The High Line of New York City is one such successful example of what can happen when a city thinks up instead of out.

A 2.33 kilometre rail viaduct has been given new life as an elevated linear park, greenway and rail trail on the West Side of Manhattan. The rail line itself was disused from the 19080s onwards, yet it found new life in 2009 as a green space and alternative way to travel across Manhattan. 98% of the undertaking is funded by ‘friends of the high line’, a group of community members. The high line has also spurred on the UK to consider the disused Doncaster Monk bridge and revamp it as a public space in Leeds. Similarly inspired, Philadelphia wants to build a park in the sky on the abandoned Reading Viaduct.

The Goods Line refurbishment in Sydney is a great start. Bangaroo is another.

But what else could be done to create a more liveable Sydney with environmental and accessible concerns placed at the centre of city redevelopment?

Liveability and the connective city tissue

What good is the culture, vibrancy and the chance to take in all manner of beautiful city sights if you cannot afford to do it? Where is the culture if no one can afford to be the cultural or self-identified sub-culture within an enclave?

Sydney, you struggle to make it affordable for people to pay rent. This spills into the other services people pay for. It also creates for longer working hours, longer commutes and less time to unwind.

What good is natural beauty if by the time you get home to enjoy it, it’s too dark? Or if you’re too drawn and strung out to take in it’s healing properties?

We need to start making changes to preserve the culture, the diversity, the environment and the history of Sydney if we want her to remain liveable for eons to come.

Half the story is told through balancing affordability, culture and the environmental needs of a city.

Join us as we venture towards the impact of accessibility, economic opportunity and infrastructure in part two.

Vivid Sydney is the world’s largest festival of light, music and ideas. Celebrating its 10th Anniversary in 2018, Vivid Sydney is continually setting the benchmark for world class events, creativity and innovation. It will transform the Harbour City into a colourful creative canvas for 23 days, from 25 May to 16 June 2018.

Vivid Sydney is owned, managed and produced by Destination NSW, the NSW Government’s tourism and major events agency, and in 2017 attracted a record 2.33 million attendees.